The purpose of this meeting was to prepare for the General Membership Meeting.  No minutes were read and no treasurers report which will be given at the annual meeting next week.

The program for the annual meeting was presented and discussed.  The goal is to gain acceptance by the membership of the FOLB board’s proposal to terminated FOLB, Inc, revise the Foundation bylaws to be a stand-alone entity, and to adopt a new mission statement.  Dennis volunteered Donna Henke to help with check in.

If the general membership votes to terminate FOLB, the current board would be terminated as well.  Several current FOLB board members have stated their wish to continue on the Foundation Board:  Jim, Brian, Brad, Ron, Leonard, Bruce, Adam, and Janie.  The need for additional board members with skills in accounting, finance, social media, fund raising, legal, and liaison with FISD was discussed.

Leonard spoke of his and Jim’s conversation with FISD officials and said they were surprisingly open to our continued support and would be happy to entertain any assistance in the way of a trailer or a long term plan to support a Golf Haus.  Details will be discussed at the General Membership Meeting.

Chris volunteered to print clinic flyers, get some junior golfers to the meeting and arrange the room as desired.

FOLB and the Junior Golf Foundation of Fredericksburg will participate in the next Chamber of Commerce FunAfterFive event to be held at Lady Bird Golf Club at 5-7PM on Thursday, September 20.  Our table will feature the Junior Golf program and provide a sign up sheet for those who want to become a member, donate to our foundation, or help with our junior golf clinics.  Give-aways include golf tees and monogrammed koozies.  For the raffle, we will give away a box of Lady Bird logo golf balls.  We anticipate that FMS and FHS golf team members will be on hand to add to the fun.  Food and wine will be provided by the Red Bird Grill.

The next annual membership meeting of FOLB will be Wednesday, March 7 at 5:30 PM in the Cardinal Room at Lady Bird Johnson Golf Club.  Election of a new Board of Directors will precede a presentation of our expanded Junior Golf program.  Guest speakers will include Jim Penn and Brian Featherstone who will present their vision to introduce “the world’s greatest game” to all youngsters from third grade through high school.  Inspired by the success of our local girls and boys high school golf teams, the program seeks to provide mentorship, instruction, and equipment.  Other presentations will be made by Clinton Bailey, Assistant City Manager, and Chris Meade, PGA, our new General Manager.

We especially invite young golfers, parents, and all of the golfing community.  Learn about the future of golf in Fredericksburg, sign up to join and participate in FOLB, and meet the new Lady Bird staff.

Refreshments will be provided. 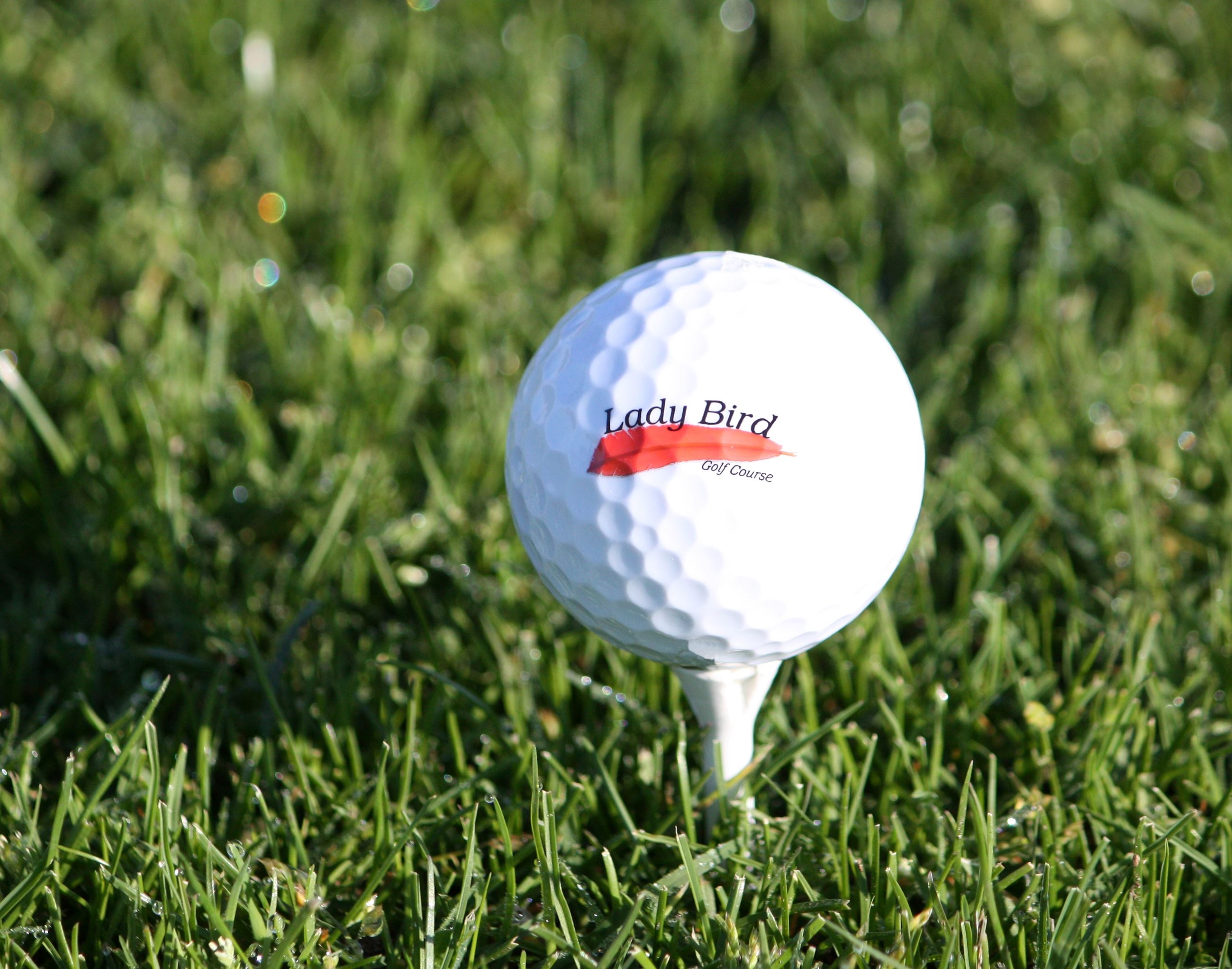 A Welcome Reception & Meet and Greet has been planned for Thursday, February 22, 2018, from 5:30 p.m. to 7:00 p.m., in the Cardinal Room at Lady Bird Johnson Municipal Golf Course to introduce the Management Team and Staff of Touchstone Golf.

Light hors d’oeuvres and beverages will be provided. Attendees will be entered to win a round of golf for four ($160 value!).

The public is invited and welcomed to attend!

The gala which is open to all will provide the opportunity to meet Chris Meade, PGA who is the  General Manager as well as the other staff who are part of the Touchstone management team.

Touchstone Golf was awarded a five-year lease agreement to manage Lady Bird Johnson
Municipal Golf Course on Monday, Nov. 20 by the City of Fredericksburg.  As per the lease agreement, upon the golf course generating positive cash f low for a full year in an amount of equal to or greater than $100,000, the city will receive 70 percent and
Touchstone will receive the lesser of $60,000 or 30 percent of the cash f low.
“Revenues will increase. One way is through an improved marketing program and
special events and getting the local citizens out there,” said City Manager Kent Myers. “You’re going to see an immediate decrease in cost, particularly on the personnel side and also, they have access to pricing on supplies and materials. We’re going to see those costs come down.”
Touchstone will begin managing and overseeing operations of the golf facility on Jan.
1, 2018.

It was moved and seconded to elect Joe Klammah to an additional year on the board.  Motion passed with a voice vote.

Jerry Fischer quickly reviewed the FOLB charter and introduced Tim Lehmberg, Executive Director of Economic Development Corporation.  Tim said he authored the LCRA study detailing the economic impact of the course on the city of Fredericksburg using the traditional methods used on all his previous studies.  The study verified an annual economic impact of $8.4 million.  He also high lighted year end sales tax figures of $5 million for the city and  $3 million for the county from Nov. 2015 to Oct. 2016 the fiscal year.  It was a record year showing a 40% increase for the city and 48.6% for the county.  Hotel and motel rooms gained 288 rooms but bed and breakfasts grew to 1178.  Real estate sales totaled $212 million, a 13% increase. But the average price of a home jumped by a whopping $63,000 to $361,726 in 2016 or an average of $180 per square foot.  Tim informed us that Gillespie County has a total of 40 wine producing licenses 32 of which belong to separate entities.

He also said 54% of residences in the city are second homes and that 31% of persons are retired making us third in the state and ninety first in the nation in retired per capita.

Tim was followed by Clinton Bailey, assistant city manager, director of public works and parks and recreation.  He detailed some of the projects he  has undertaken since assuming his new position: he resurfaced the driving range parking lot and moved the transformer and the tree stump.  His forces removed the fence on the ninth hole perimeter and replaced it with attractive stone and plans to plant pampers grass between them.  He had the hill cleared revealing a view of the club house.  He lighted the parking lot and promised additional lighting.  He caused the practice bunker to be repaired. He has also authored an aggressive tree plan for cutting and replacingg trees. He is going to get various signs place to announce the presence of a golf course.  He has had his crews mow the rough between fairways to enable faster play.  He has conducted various meeting with gruntled and disgruntled golfers assessing what needs to be done to increase play.  He has also suggested further advertising and publishing methods to further our exposure.

Alan Wooley, Director off Golf reiterated some of the projects that he and Tim are working on and gave an encouraging report on his wife’s health.  He also reminded everyone that golf is not meant to be fair and to learn to take the unfortunate bounces along with the good without doing damage to property or people.

We want to thank , Ann Armentrout, Anna Marie Kluber and Martin Kuykendall for there faithful service to this organization.

Motion made and seconded to adjourn and passed at 6:53.

Motion was made to delete the marketing and club house committees and add ad hoc as needed instead.  Motion passed.

Junior golf chairman Buzz Roye reported over 300 lessons provided to students during the past year to school kids and boys and girls club members.  Over two dozen students attended the eight week golf camp which culminated with two tournaments. Additionally scholarships and clubs were provided to those who had need.  In all 70 varsity, junior varsity, and middle school students were serviced.  This year there will be two tourneys  sponsored here.  The local Optimist Club sponsored two players in their national program and hope to sponsor more  students this year.  Mention was made of the proposed short 3 hole course for student play.  FOLB will take on the funding issue.

Alan spoke about the book “Tipping Point” by Malcom Gladwell.  He defines three types of people, Sales People.  These are folks who are positive and for things and promote them.  There are Connectors, they would bring someone to the practice facility or bring someone to the course to play.  There are Mavens they know a lot about everything and help others.  Alan asks us to be these kinds of people, supportive, positive.  Don’t bad mouth the course or the operation.  When you hear someone in town who is uninformed blowing…enlighten them.  Be a cheer leader!!!  Remember the LCRA study that credited the course with adding $8.5 million to the local economy.

The city is actively working on Phase Two of the overall plan the previous council approved.  This involves purchasing additional land behind the 6th tee box to move the maintenance facility and tear down the old one to make space for additional parking and room for a cart barn which will allow the purchase of electrical carts thereby reducing the cost per round from 80 cents per round to 9.

There is a program to reduce the effect of the brows surrounding the bunkers.  We are burning them now and when they grow out we will treat them with a growth retardant to reduce their effect.  Additional projects include additional drainage around #5 green, #9, area between the cart path and #1 white tee.

Lady Bird is scheduled to host 2 STPGA events.  We were named in a Dallas magazine publication listing us in the top public courses in the state. We were named to PING 100 top fitters.

Attending were councilmen Pearson, Neffendorf,Watson.  Mr. Watson mentioned he had voted to award us $45,000 to advertize the course.

FLGA held the Awards Ceremony at D’Vine Wine which included a wine tasting and cheese. Election of new officers were  presented:

THE COUNCIL ACCEPTED UNANIMOUSLY THE MASTER PLAN PRESENTED BY ALAN WOOLEY, PGA, DIRECTOR OF GOLF AT THE LAST REGULAR MEETING ON JULY 5.